When it Comes to the U.S. Military, Feingold Fumbles 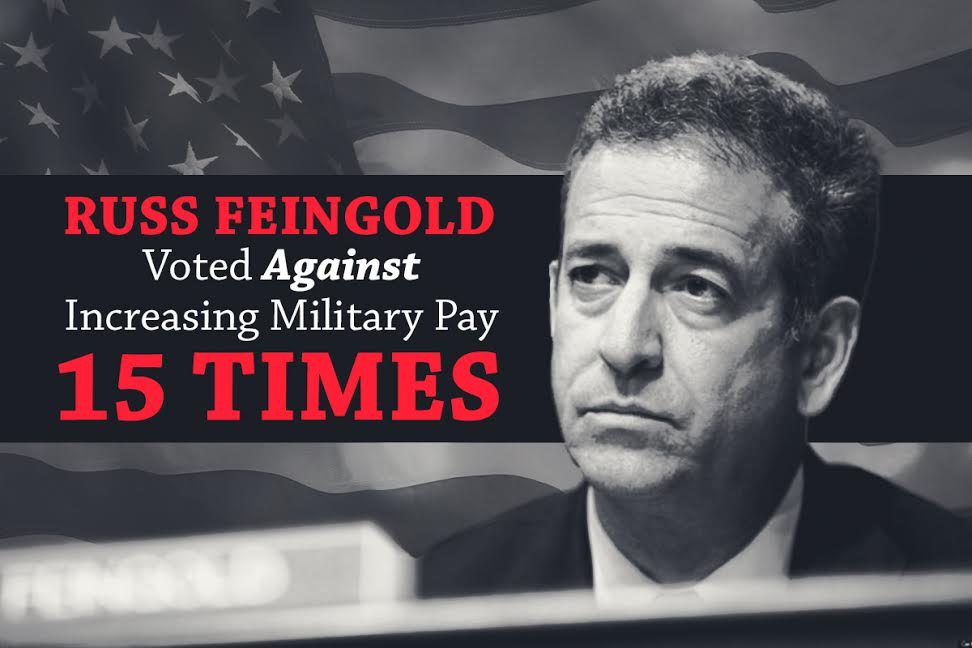 In the midst of national outrage pointed at San Francisco 49ers quarterback Colin Kaepernick for refusing to stand during the national anthem out of protest, we feel obligated to highlight the record of a fellow Californian who lectured at Stanford University – less than an hour from Kaepernick’s home town. Russ Feingold protested the American military in his own unique way during his 18-year tenure in the Senate by voting at least fifteen times against pay increases for servicemen and women. If Kaepernick’s goal is to hurt and offend as many military families as possible, he should consider taking a page out of Feingold’s playbook.

Russ Feingold continued to oppose pay increases for the military through the end of his term, voting against extending provisions of the PATRIOT Act in 2009. The bill included $636.4 billion in discretionary funds for the Defense Department in fiscal 2010, with $128.2 billion for war operations. It raised military pay by 3.4 percent and extended unemployment benefits and COBRA health care premium subsidies through February 2010. The legislation also extended the Intelligence Reform and Terrorism Prevention Act of 2004, which included the ‘lone wolf provision’ to detect and deter attacks from potential terrorists operating in the United States. Feingold was infamously the only Democrat to vote against the bill.

That hasn’t stopped Russ from spending millions of dollars in an attempt to hypnotize Wisconsinites into believing he’s “tough on terrorism” and an advocate of our military. Unfortunately, his voting record speaks for itself. Feingold consistently voted against military pay increases, against vital legislation to prevent domestic terrorist attacks, against the creation of the Department of Homeland Security and even supported President Obama’s disastrous Iran Nuclear Deal. Sorry Russ, your record simply doesn’t match your rhetoric.