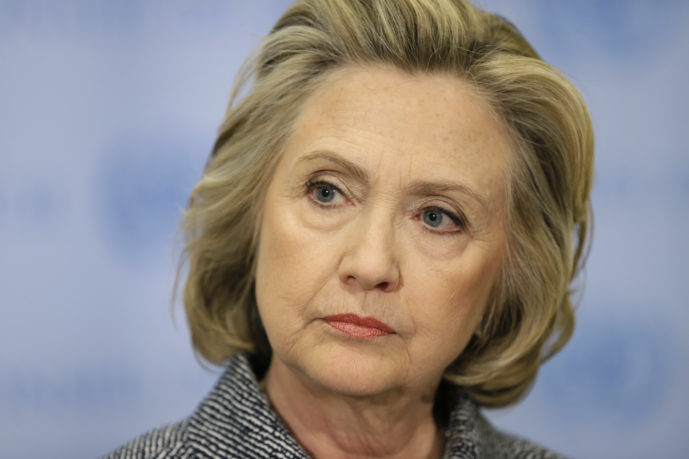 Despite the Justice Department choosing not to criminally prosecute Hillary Clinton for “extreme carelessness” in the handling of classified information on her private e-mail server, the FBI Director’s testimony to Congress this week revealed an alarming series of lies she told the American public. For example, Clinton claimed to have never sent or received any classified information on her private server during a New Hampshire debate with Bernie Sanders in February. During testimony, FBI Director James Comey pointed to at least three e-mails which were marked classified at the time they were transmitted.

Early in 2015, Clinton’s argument for using a private, unsecured e-mail server centered around her desire for convenience by using only one device. When asked if Clinton’s statement was true, Director Comey responded that Clinton “Used multiple devices during the four years of her term as secretary of state.” Comey was then asked if Clinton was telling the truth when she claimed that all of her work-related e-mails had been returned to the State Department, to which he flatly responded “No.”

While many of these answers have finally exposed Clinton’s long record of deceit, Director Comey refused to explain why Brian Pagliano, an aide who was integral in the creation of Clinton’s private e-mail setup, was given immunity by the FBI – or what information he provided to investigators. Concerned citizens in Wisconsin deserve to know the full extent to which Clinton jeopardized national security, and will likely continue to view her as untrustworthy as more information is released. The latest Marquette University Law School poll revealed only 28 percent of Wisconsinites describe Clinton as “someone who is honest.”