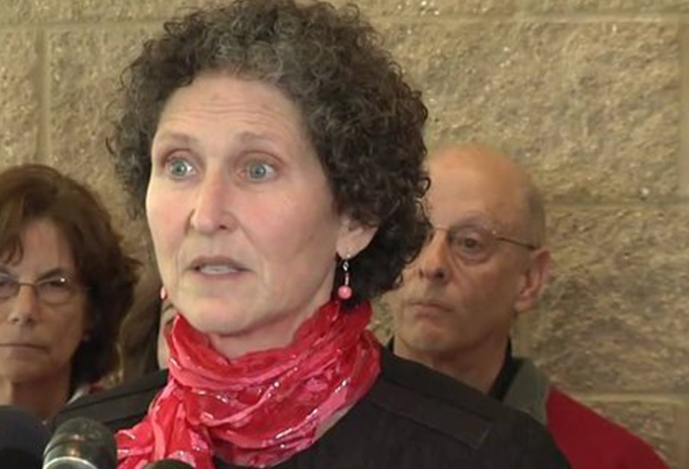 On her website, Judge JoAnne Kloppenburg is described as having a “proven track record as a thoughtful, fair and impartial arbiter of the law.” Kloppenburg has made her self-claimed “independence” and lack of partisan ties a consistent talking point throughout her campaign. But upon closer examination, her far-left ideology and close relationships with some of Wisconsin’s most extreme liberals is cause for concern.

Last month, Kloppenburg attended and spoke at a retirement party for John Matthews, who served as executive director of the Madison’s teachers union for 48 years. The Wisconsin State Journal recently described his longtime employer as “one of Wisconsin’s most screechingly leftist organizations.”[1] Matthews has long been a controversial and bombastic liberal figure – notably attempting to stack the Madison School Board with members entirely beholden to the teachers union.

When confronted with questions about her speaking engagement at a Rotary Club Candidate Forum, Kloppenburg played it off as simply paying respect to public schools. However, she neglected to mention that Matthews hosted a fundraiser for her just hours after the forum concluded. It remains unclear how much money Kloppenburg collected from Matthews and his union allies that night.

Kloppenburg’s campaign finance reports have revealed a torrent of money from far-left liberal organizations and activists from across the state. She’s also appeared as a speaker at numerous Democratic Party events since June, 2015 – and lists endorsements from former Democrat legislators.

With such overwhelming support from Wisconsin’s liberal cabal, Kloppenburg’s hollow talking points are disingenuous and detached from reality.