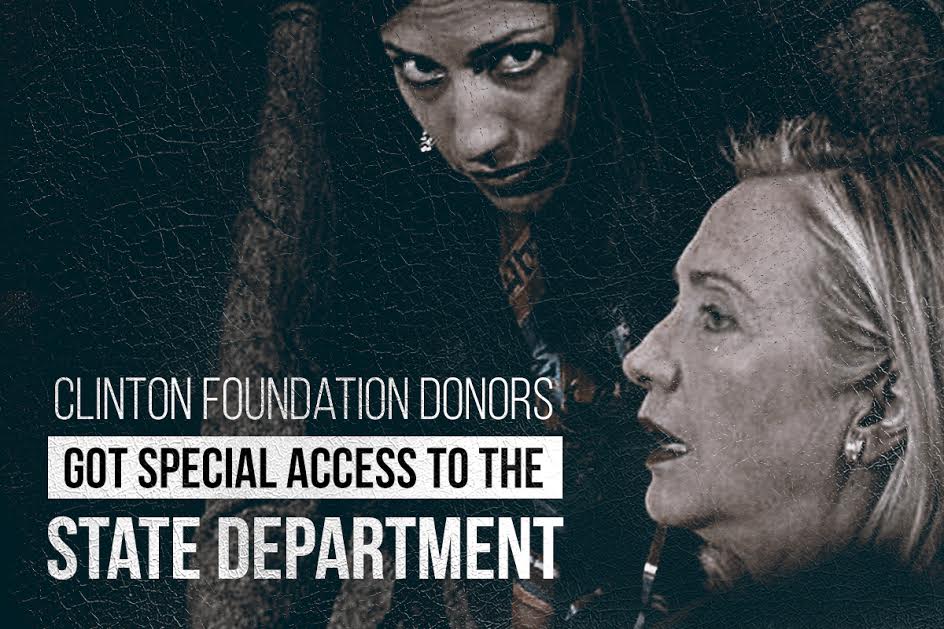 If we were to create a Hillary Clinton word cloud based on responses to a survey from Wisconsinites, the words “untrustworthy” and “corrupt” would likely be in 72-point font. While the latest headlines have focused what the FBI described as “extremely careless” handling of classified information on her personal e-mail server, recently released e-mails regarding the Clinton Foundation are equally as troubling.

It’s no secret that the Clinton Foundation financially benefited from Hillary’s position as Secretary of State. Her ability to connect Foundation donors with key diplomatic officials and other high ranking members of the Obama Administration proved to be vital for fundraising efforts. This week, Judicial Watch released nearly 300 pages of additional e-mails from the time Clinton was Secretary of State.

These interactions directly contradict a pledge made by Clinton in 2009 to remove herself from Foundation business while serving as Secretary of State. The unmatched access provided to donors of the Clinton Foundation in return for millions of dollars in contributions calls Hillary Clinton’s judgement into question, and poses serious risks to the American people under a Clinton Administration.