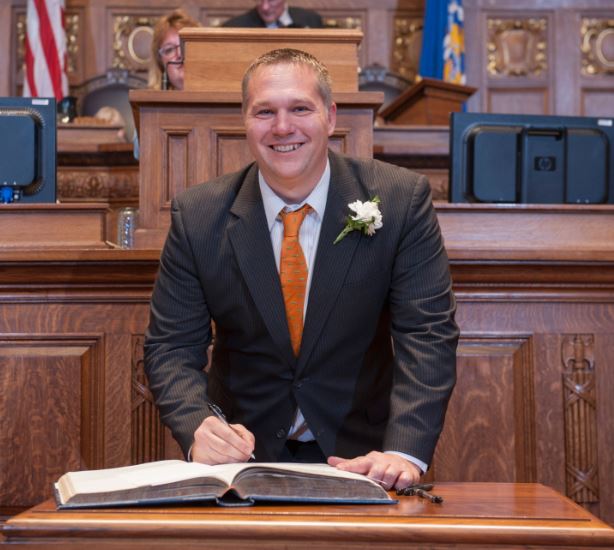 When’s the last time you heard a politician utter those words?

That’s exactly what State Representative Adam Jarchow (R-Balsam Lake) is saying to Wisconsin taxpayers about his support for the 2015-17 state budget which included funding for 102 new auditors at the Wisconsin Department of Revenue.  Jarchow initially opposed the proposal but was unable to get it removed from the budget.  He later authored a bill to eliminate the positions, but couldn’t muster enough support to get it through the legislature.

Now Jarchow is taking aim at DOR’s new request for 46 additional auditors.  Instead of granting DOR’s request, Jarchow wants the legislature to turn the new auditors loose on state agencies to find savings, rather than looking to soak unsuspecting taxpayers for more money.

“Instead of 46 new auditors at DOR to shake down hard-working small business owners, we should authorize 46 new auditors or inspectors general to audit every part of every state agency. As the DOT audit showed, incompetent agencies are wasting billions of dollars. So instead of harassing hard-working small business owners to generate revenue, we can find significantly more money by closely scrutinizing agency budgets.”
Continue reading http://www.thewheelerreport.com/wheeler_docs/files/0306jarchow.pdf