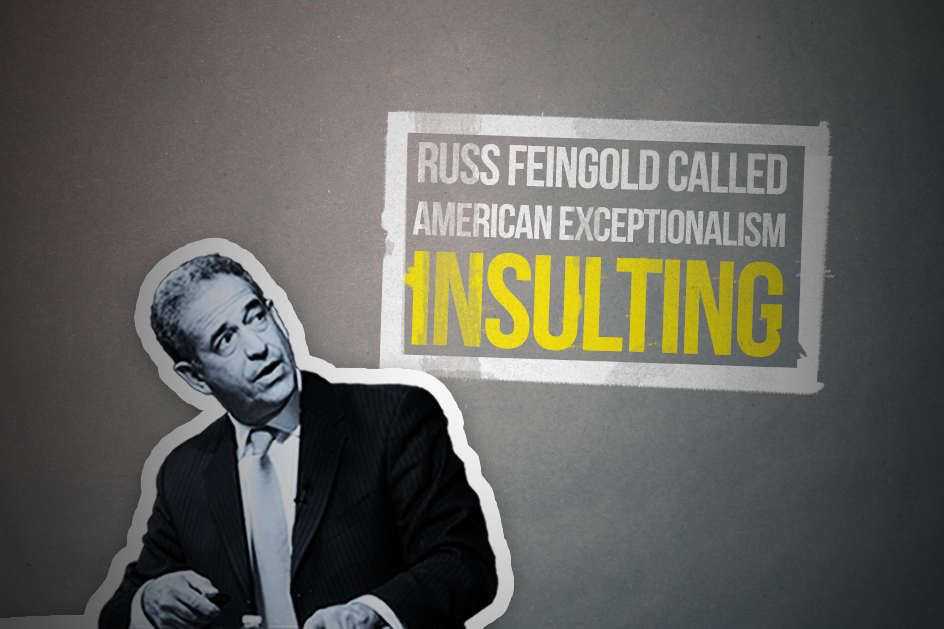 In 2013 Russ Feingold revealed his feelings about American exceptionalism while speaking at the World Affairs Council, describing it as damaging and insulting. His comments reflect what can only be described as a dangerous and lackadaisical voting record when it comes to funding key U.S. military programs – including consistent opposition to the vital ballistic missile defense system. During Feingold’s 18-year Senate tenure, he often stood with a small, fringe group of colleagues to vote against funding and testing for the missile defense system.

A Timeline of Feingold’s Record on Missile Defense:

With hostile nations such as Iran and North Korea racing to complete development of a nuclear missile, the United States must remain committed to protecting its assets at home and abroad. Russ Feingold’s repeated efforts to obstruct the testing and funding of a robust missile defense system were reckless and contrary to protecting American lives.