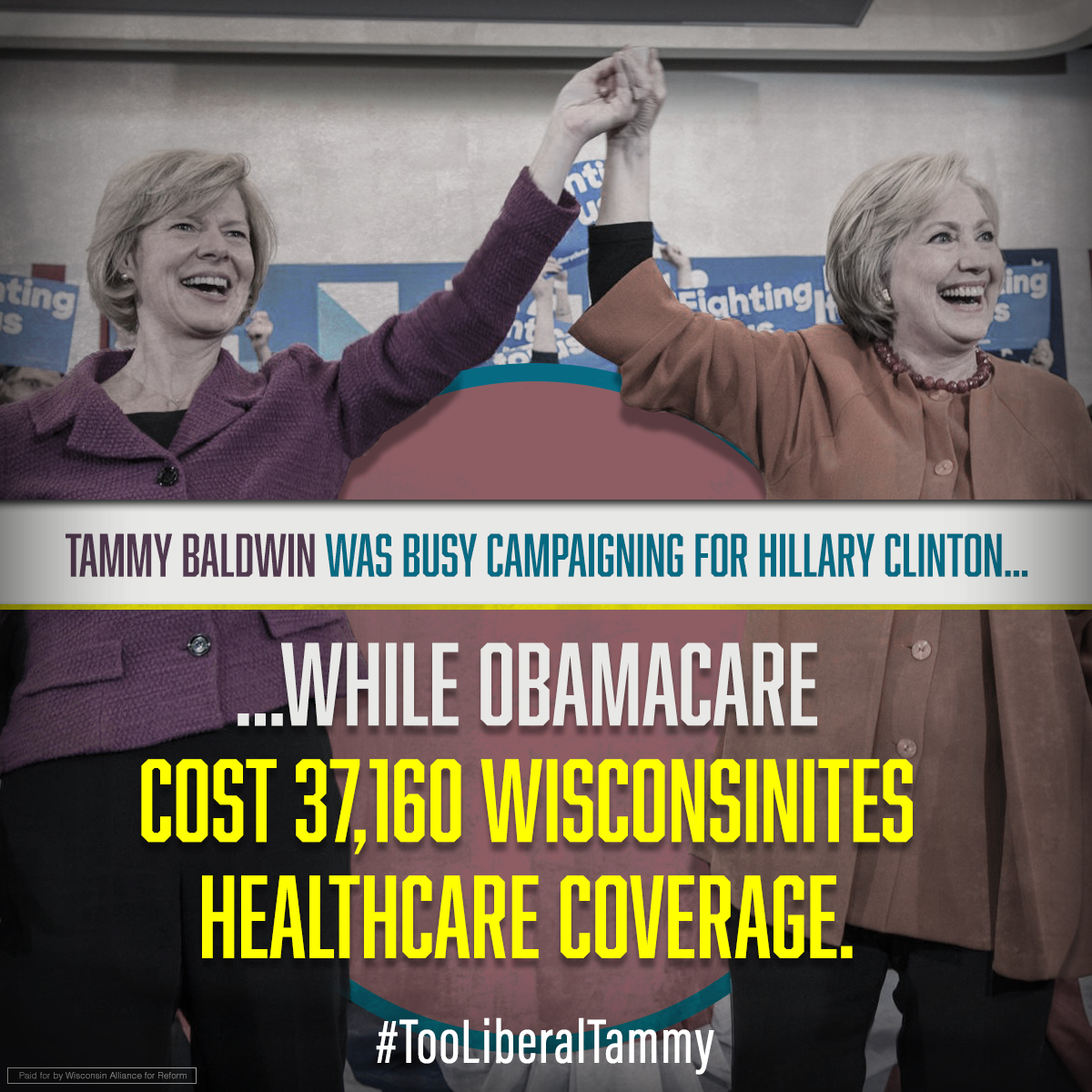 Too Liberal Tammy By the Numbers​

0 town hall meetings on her calendar, begging the question “Where IS Tammy Baldwin on a healthcare solution?”

10 Tammy Baldwin consistently ranking within the Top Ten most liberal members of congress.

93% increase in healthcare premiums in Wisconsin as a result of Baldwin’s support of Obamacare.

95% the percentage of times Baldwin has voted the same as extreme liberal Elizabeth Warren, who recently called on Baldwin to support her $32 trillion “progressive” government-run healthcare plan.

14,000 new Wisconsin families who will lose their Anthem healthcare coverage as a result of Baldwin’s Obamacare vote.